Well the reveal wasn’t supposed to happen until this Sunday May 4th according to the SHG Twitter account but it looks like some other websites started leaking the info so late last night the official COD channels moved on releasing information – starting off with the official reveal trailer below. Looks like Call of Duty Advanced Warfare will be the title for COD 2014 and is said to be primarily developed for XBOX One, PS4 and PC. This will be Sledgehammer Games first title of their own in the Call of Duty franchise and will also be the first Call of Duty title based on the new 3 year development cycle that was announced previously. Here’s hoping that the PC platform will get some love this time around! 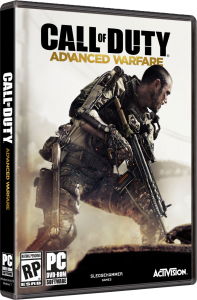